Apart form our meetup at the railways station and a pleasant walk in completely the wrong direction, it all started with a cup of coffee in the beautiful and sunny garden at Huis van Gijn. With our cups emptied, we went of into the museum.The house that is now the museum used to be the home of Simon van Gijn. After his death van Gijn wanted his house to become a museum in which the many collections he owned were displayed. Yet he also wanted his former home to stay in tact.
On the third floor a film was shown in which a group of people lived for 24 hours in the house in the same manner as the former residents did in the early twentieth century. While the temporary residents were dressed in early twentieth century clothes and doing their early twentieth century things, they were constantly commenting there actions from a contemporary perspective. The scenes were set up in such an artificial way that even the 24 hours of pretending seemed to be a fiction, a role they played.

Just as the role of actors in the film, my relationship towards the house felt rather unclear. I am in a museum which is not a museum and I am in a home which is not a home. In what way did I have to look at the rooms and objects around me?After lunch we went back in, now it was our turn to create our own roles and play them. 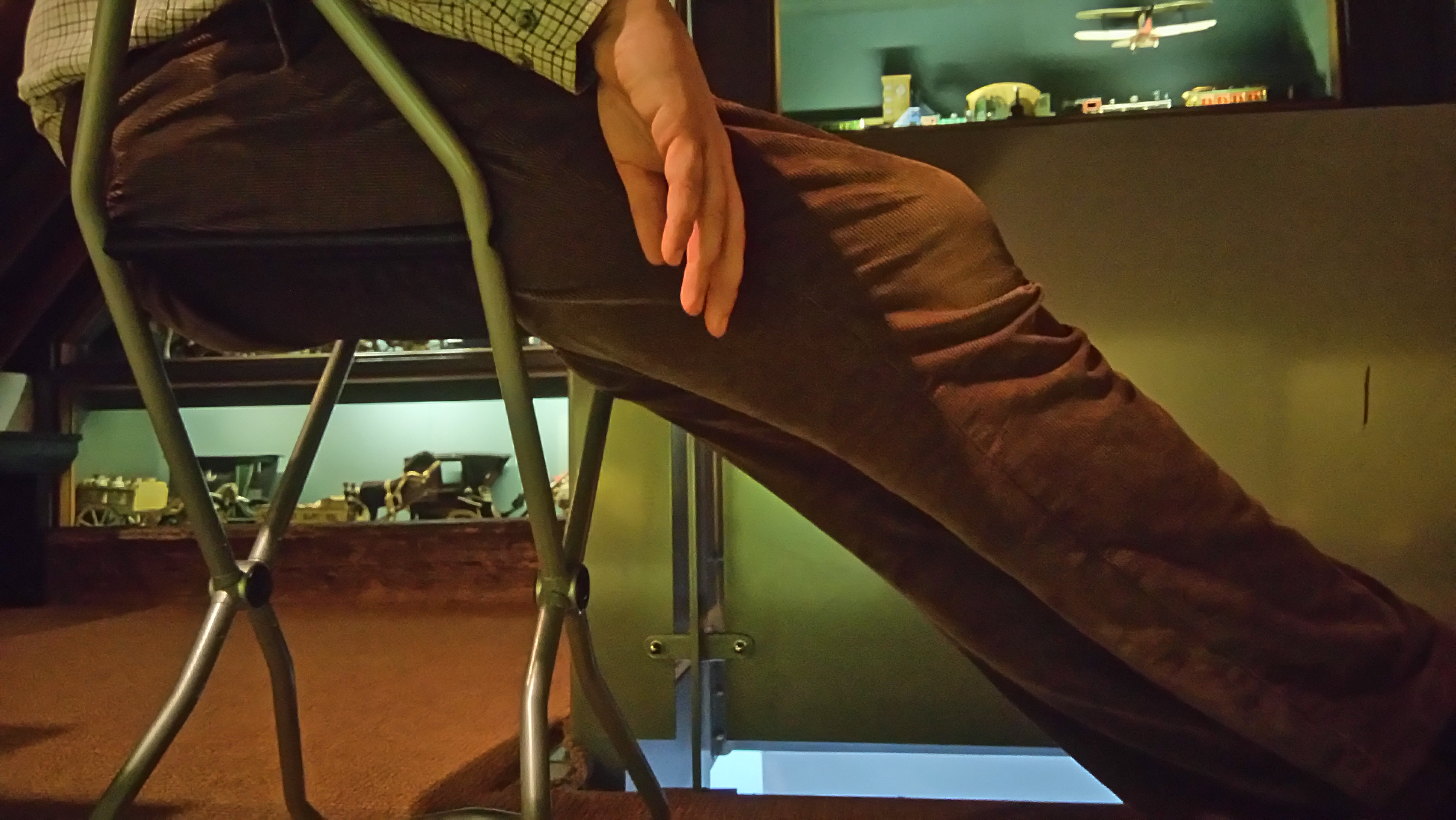 At some point we all took folding stools, which were provided by the museum, to the third floor. There we all chose spots in different rooms and sat on our stools. When we sat there unmoved for a while, the automatic lights switched off.Later on we used the folding stools in the ballroom. There we sat on them along the walls and had conversation. The alarm in the ballroom was tuned in a rather strange way, when someone walked in a sharp beep went trough the room. Whenever the beep went off, we would hold the conversation for a moment and change our position in the room. During the conversation we spoke about a number of things such as: what we like, Michel Houellebecq and nihilism, roughly in that order.

Huis van Gijn was picked out by Malou because of its smaller size. We would not be able to disappear in the museum and therefore the Parallelshow could not stay unnoticed. This was in my opinion a great decision. But although our presence was rather odd and the show was actually interfering their daily routine, the staff was friendly and did not intent at any moment to stop one of our performances. It probably helped that we were polite, but I am sure that they are friendly people as well. In reaction to this we decided to learn more about the staff. This lead to a number of pleasant conversations from which we wrote our conclusions down on the blackboard at the children reading corner in the attic.We stayed in the museum from 11.00 am until closing time at 5.00 pm, when we left the museum this felt way to short.