While we were drinking coffee on the terrace  in front of the Delphi museum I saw the first tourist entering from a staircase  underneath. He looked like an actor stepping on stage. Immediately I had an association with ancient theatre plays. Instead of priests and philosophers occupying the space in ancient times, we have tourists who are animating the spot nowadays .

Then Frans van Lent, initiator/organiser of the Parallel Show,  explained the project, and we started for the entrance of the sanctuary.

After the first curve in the path towards the remaining ruins I noticed a group of tourists meeting around a tree. The tree was in de shade and so were the tourists. Continuing for the Apollo temple I realised that all tourist-groups were stepping out of the burning sun and in the shade when a guide was explaining. I realised that stepping into the shade also means that you are stepping into a more comfortable space. Standing in the shade people feel more comfortable, at the same time they are taking distance from the site they are visiting. They are reflecting on the things they have been seeing on stage, in the sun.

As a visitor of the sanctuary you are constantly changing your perspective. From ancient times to modern times  and vice versa. But also from being part of a group and a visitor to your own individuality and personal need, the shade. 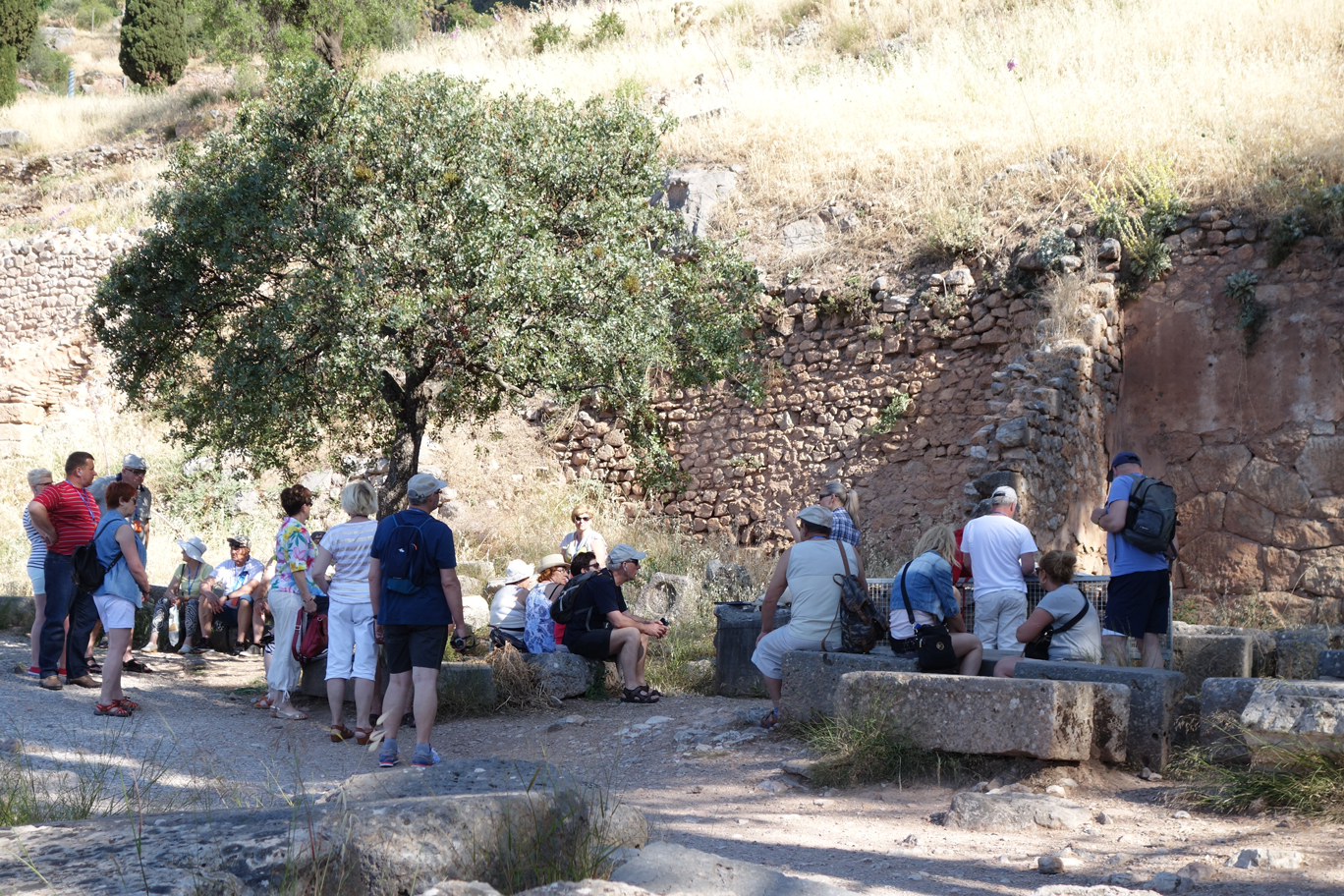 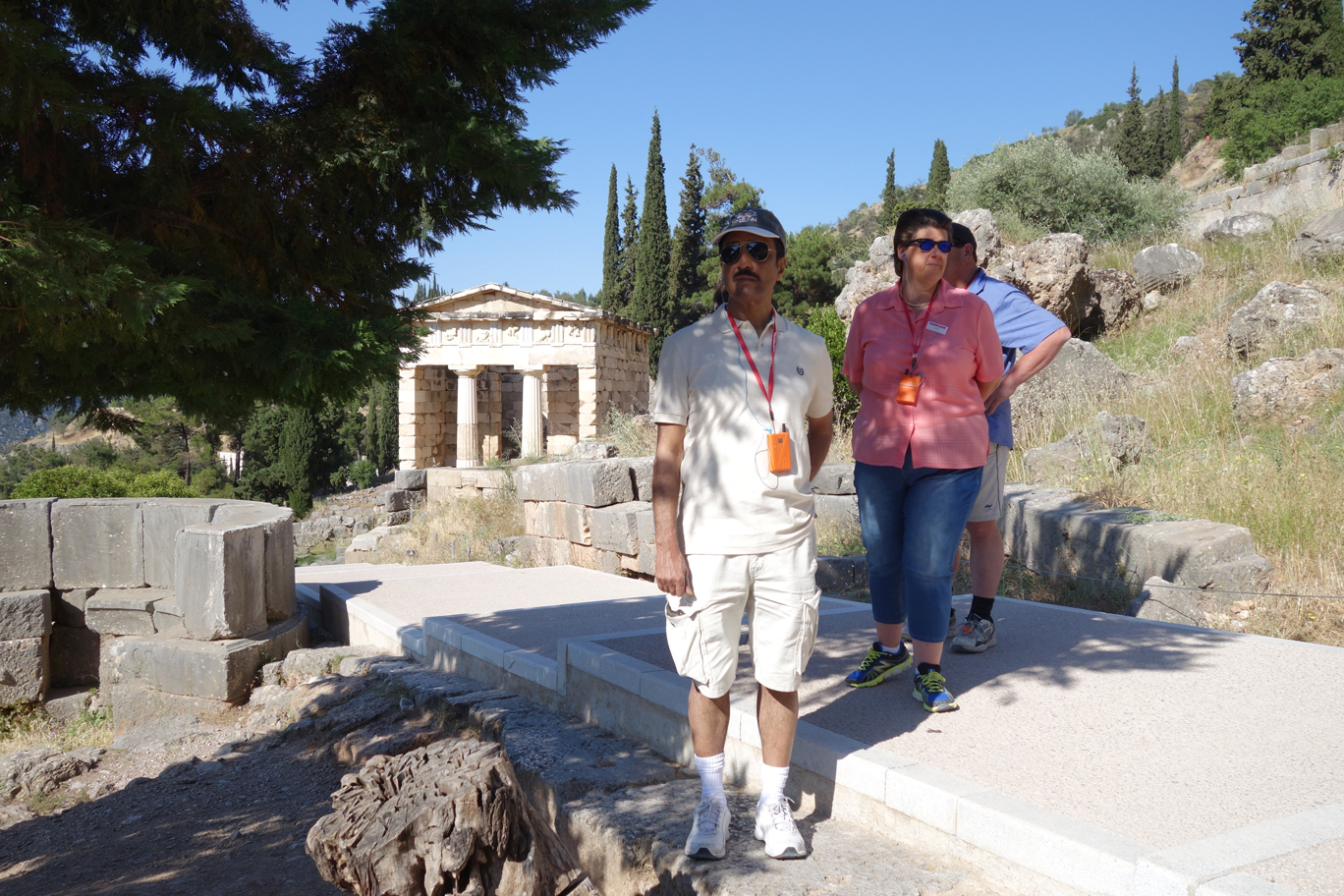 After a lunch in the village we discussed our experiences and each suggested the group a performing work. I wanted to do something with the site, the tourist and we as a group of artists. I liked the idea of making a walk to the Apollo temple with the five of us and stopping under four or five trees we would pass by. We had to stand next  to each other in the shade, facing the antiquities. When tourists meet under a tree they are not standing in a tight position but they are spread all over the place.

The first spot where we were standing was located directly opposite the entrance. So we were looking at the tourists entering the site. On the second spot we stood quite a while and tourists started to notice that we were standing in a strange position. At that moment I realised that I was not only the creator of the concept but also the director of the implementation. I had to give the signal to stop the performance. 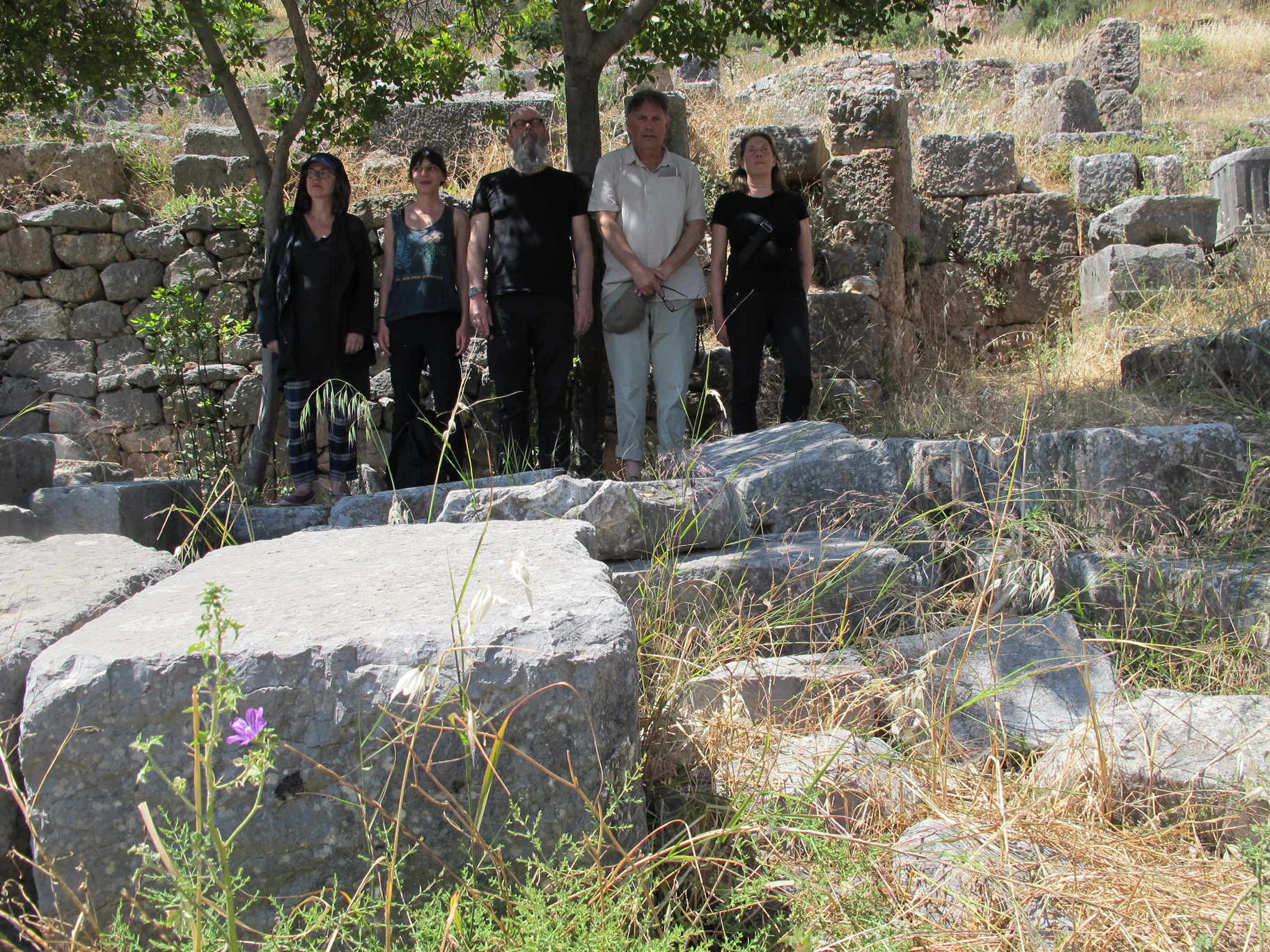 After the third standing I noticed that doing such a thing makes you part of the surroundings but it also makes you reflect on a higher level. You reflect and act on the place and on the meaning of it but it also gives you ideas about the way people nowadays appropriate a holy spot to give their own life sense.

#6: Group Lift and a Map of Storage #7: The employees and Us