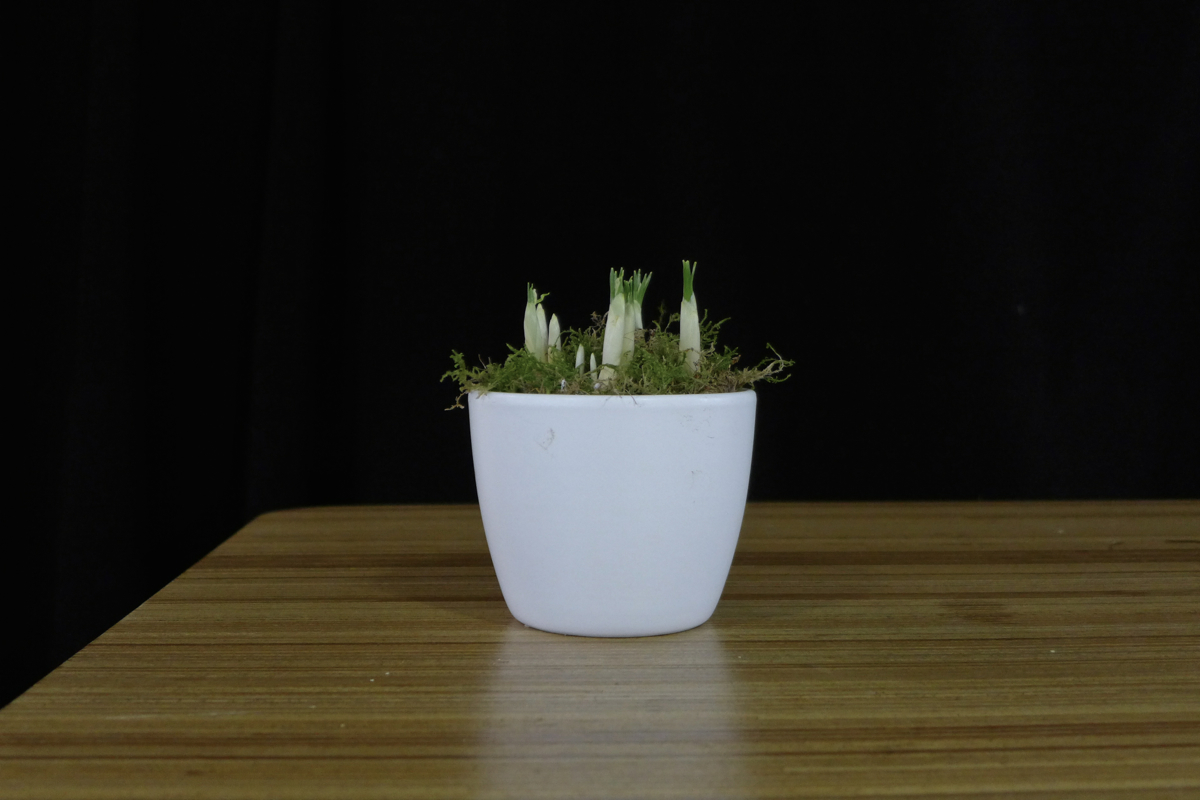 After walking around at Art Rotterdam for about one and a half hour in the Van Nelle Factory I find myself somewhere in the back of the Fair wondering what I am doing there.

A woman is talking on her phone: “Where are you? I can’t find you..” she says. This is a very fundamental comment on what is going on. Everybody seems to be moving between getting lost and being found.
There is a kind of pattern in which people seem to move around at the fair. As if everyone is part of a secret community, moving at a certain pace, bumping into one and other and then getting out of sight again.
This observation became the starting point of my performance proposal 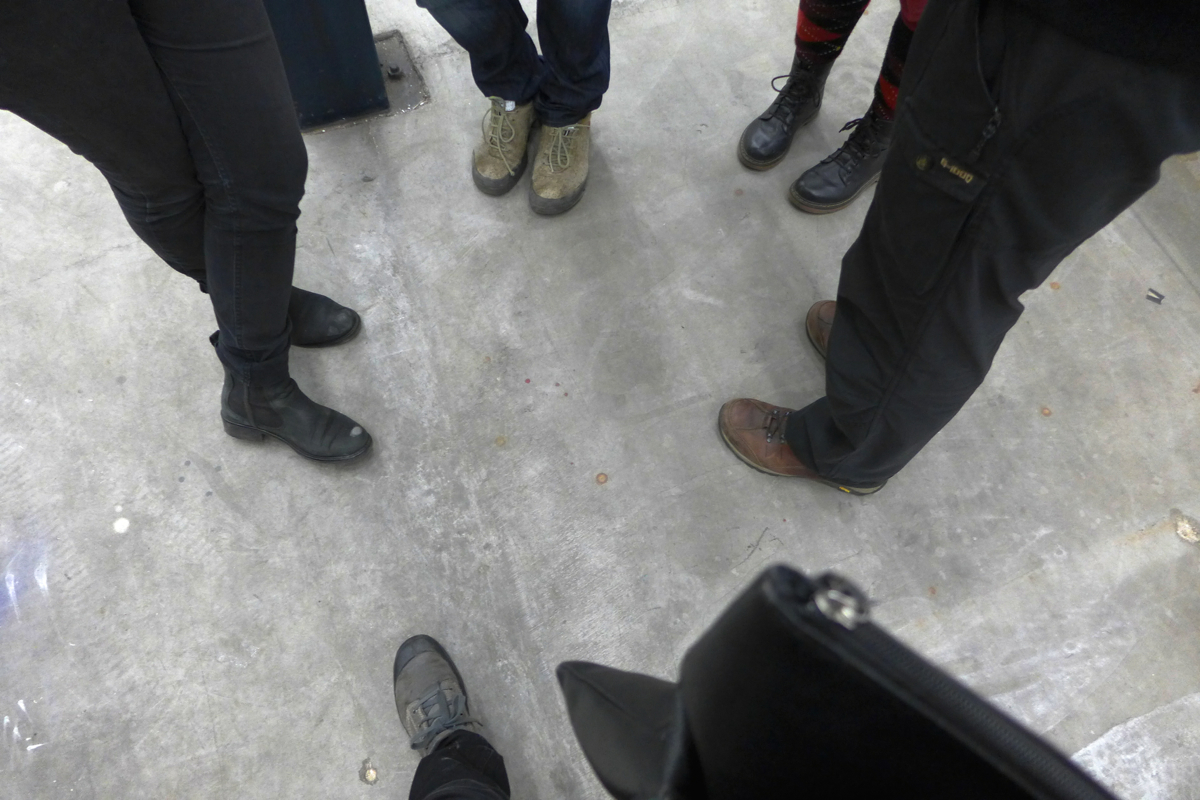 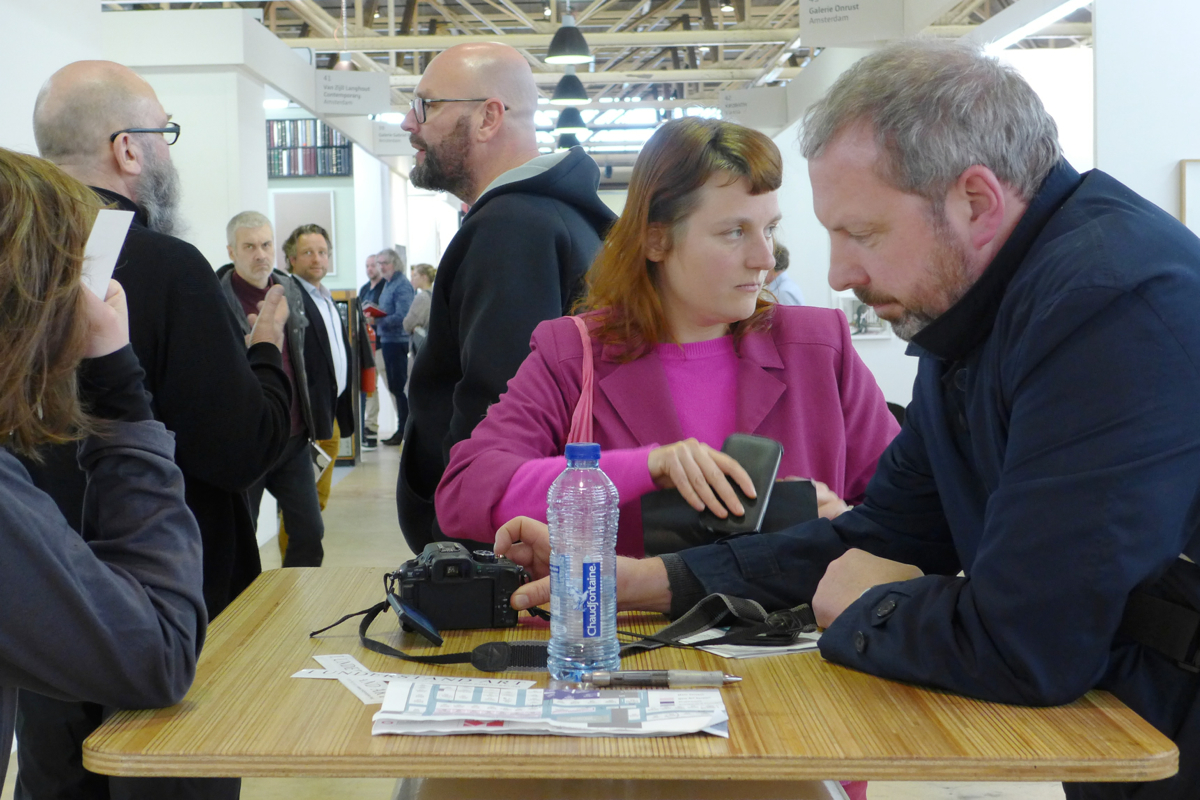 “Let’s meet every now and then”.
We agreed upon meeting each other all together every now and then at the tables that were placed in the corridors between the gallery-spaces. And so we did, in between other performances.
This was somehow confusing; it might have worked out in a more powerful way if we would have been more equally focused on the concept.
It was interesting though as a choreographed way of moving separately together, like one breathing body getting lost and being found again. 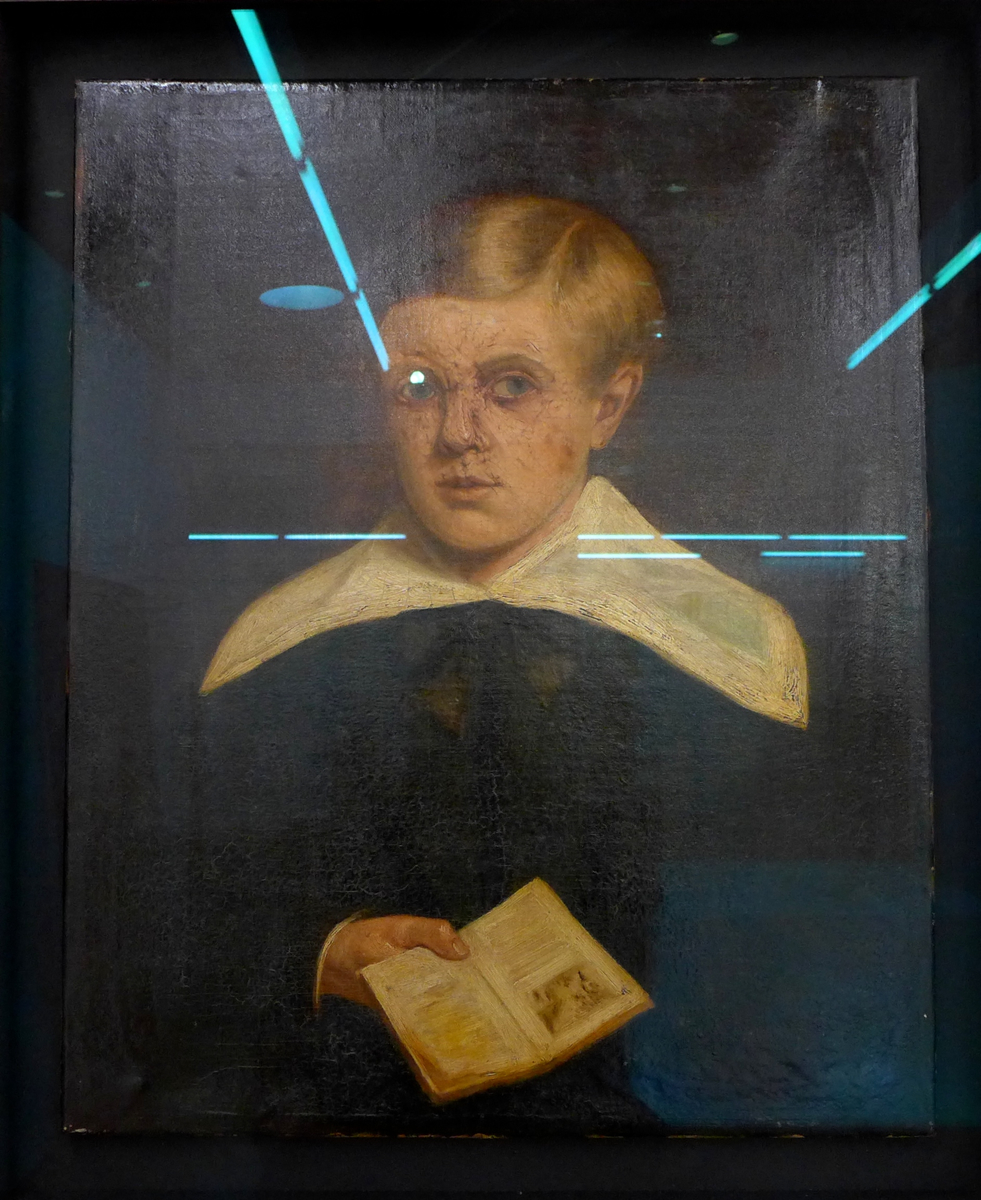 Looking at a work of art intensely for 15 minutes.
Ieke Trinks proposed to watch a work of art for 15 minutes.
I found myself in front of a portrait of a young man, that seemed to be from the 19th century. It was by Jake and Dinos Chapman. The more I watched the more I felt uncomfortable.
There seemed to be some kind of evil hidden in the representation of this young man. I took a picture. My presence remained unnoticed or at least uncommented by the gallerist. I was glad to leave the painting behind.