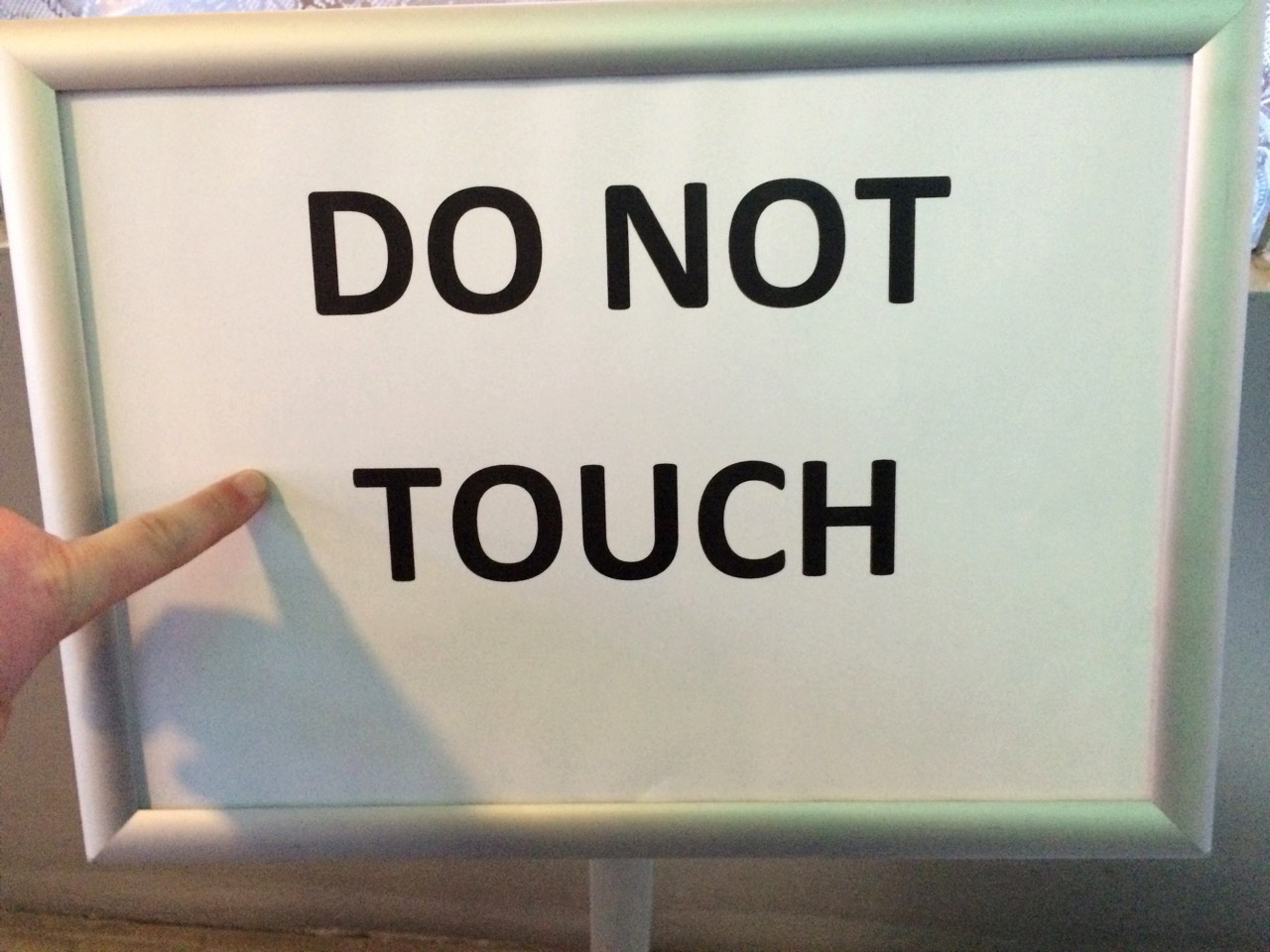 It is first important to consider the context of both the site and those occupying the site: the professional market-oriented art world.

The overall site had a strong sense of the proprietorial – a context distinct from that of a public museum, or even a commercial gallery. Booths represented temporary fiefdoms and a considerable investment for galleries, so space oscillated uncomfortably between public and private. Make yourself at home, but not too much. Move along if you’re not buying… There is no sense of the ideas of self-improvement or didacticism of the museum. Ideas are discussed, but only as commodities, or exotica, to enhance the allure of the objects.  Artists are often treated in the manner of farm animals: useful for their products but better kept securely in a field, remotely.  One of the dangers of the site is the instinct to engage in pranks.

The social relations, protocols and signals present at this kind of event are important. Presentation or staging is a major factor in the processes at play and the self-staging of the art world has its own tropes – work is given space to allow it to look proper, but not too much. It’s expensive space, so the balance is crucial and carefully established. Curators/gallerists, dress conservatively, but with a twist, as if to reaffirm or proclaim a subtext, variously: counter-cultural; whacky; super rich; aesthete. If they are male, they wear expensive suits or jackets, but with trainers (expensive).  The women wear dresses generally, and accessorise with exotic spectacles, or hairstyles: asymmetric; dyed; gamin. And they all smell expensive.

I wore expensive scent (Tom Ford, Grey Vetiver) as I circulated. It was, perhaps, too subtle.

Prescribed Disruption/Variable Reception (2016)
We undertook a variation on this work – available at: theconceptbank.org –  which involves disrupting usual  patterns of looking at art. In this case we used audioguides: Ieke and Ienke acted as ‘mules’, carrying the hidden audioguide, circulating the booths. (I had audioguides from the Modernamuseet in Stockholm on my iPhone, the ‘mule’ carried a bluetooth speaker in their bag. If they stopped by a work, I activated an audioguide.) We used guides for works by Lucio Fontana, Marcel Duchamp and Joseph Kosuth. In most cases this improving contextualising was ignored, or treated with mild curiosity. One gallerist engaged in a jovial, but passive aggressive manner, the quicker to be rid of us, it felt.

Looking at a work for 15 minutes.
This was very demanding. I chose a small work by Julie Cockburn, a found image augmented by hand embroidery. It was at the rear of a space. As it was glazed it reflected to me what was happening behind me as I looked at the work. I was aware of a kind of low level anxiety amongst the gallery staff (there were two) caused by my presence, and over the period the booth emptied – it had been busy when I entered – perhaps why I chose this – and empty by the end as though my extended presence, a transgression of, or challenge to the accepted protocols of looking at art in a social context, had spooked new viewers. I chose to engage with the gallerists after the 15 minutes, I think to dispel any concerns or instabilities my presence might have generated. Or to legitimate my actions. Always polite…

In addition to the above, I also met someone I knew.