To take part in the parallel show means that by default you are looking differently at the museum you visit. You have to re-establish the perimeters of your role as a visitor, because you are a performer at the same time. The museum gets a second function and with that, a different atmosphere. The space itself gains a familiarity because it is used in a different way. There is a closer involvement, an intimacy that goes further than what normal museum etiquette prescribes.

The Cloisters however is a very ambiguous museum. In a way it has more in common with a theme park. In a museum you would expect the building to be secondary to its collection. To show its pieces without infringing on them. The cloisters has done the opposite. It has reassembled its collection into a building.

Taking parts of monasteries from various countries and several time periods the cloisters have been constructed to give the visitor the sensation of being in an old European monastery. Much like in a zoo, they have reassembled these old European fragments in a setting vaguely reminiscent of their origins. But if that ever works it certainly does not here. Most of it feels unnatural and out of place. The pieces have lost their heritage in this new reimagined state, and between all the modern additions and amenities real or fake doesn’t seem to matter all that much. 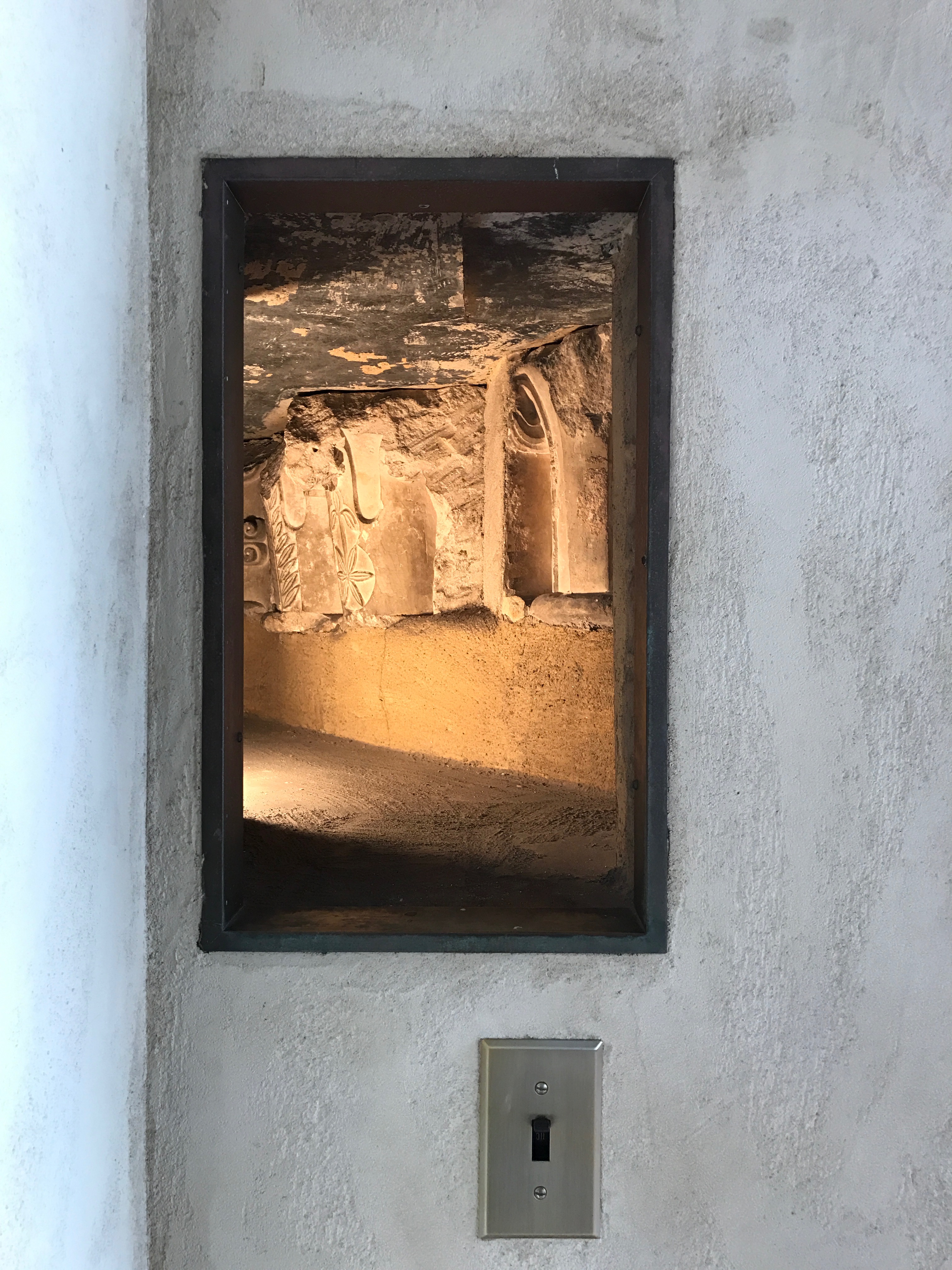 I found a small chapel room where there was a small altar with a few rows of chairs set up before it. It looked like it was meant for people to sit and pray, which to me seemed very strange. Do people pray in a museum? I found it really difficult to understand the intentions of the cloisters and in extension my place in it. So I decided to use this ambiguity I felt by approaching from different perspectives.

First I tried to see it as functional. I went to the chapel again, sat down and went through the motions of praying. Just as a structure, as a model for church behaviour. Something replicated, just as the Cloisters is. I counted down from 60 to 0, then stood up and walked out again. I went through all the rooms and tried to find their function. I warmed my hands by the fireplace, washed them in a basin and sat on benches for quiet reflection.

After this I decided to try the tourist perspective. It was my first time in the US, so maybe the American parts of this building should be my focus instead. Separately these parts are very interesting, because they are styled from a functional perspective and are subject to the collection. As a framework these parts are not designed to impress, but to facilitate.

I started by drawing a few of these places in my notebook, but then realised a tourist should really take pictures. So I then went up to other tourists and asked them to take my picture, positioning myself in such a way that only the American parts of the building would be visible. 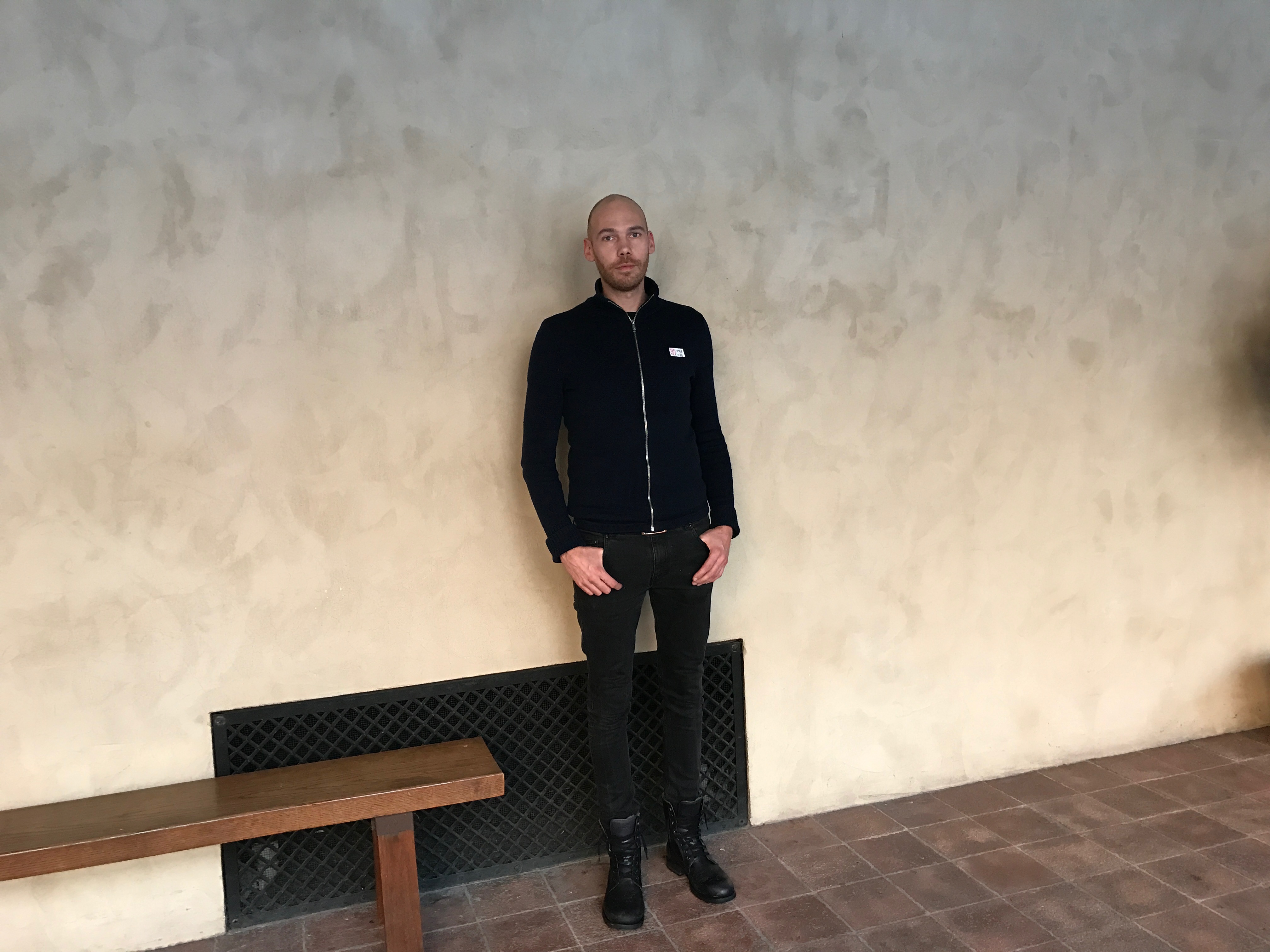 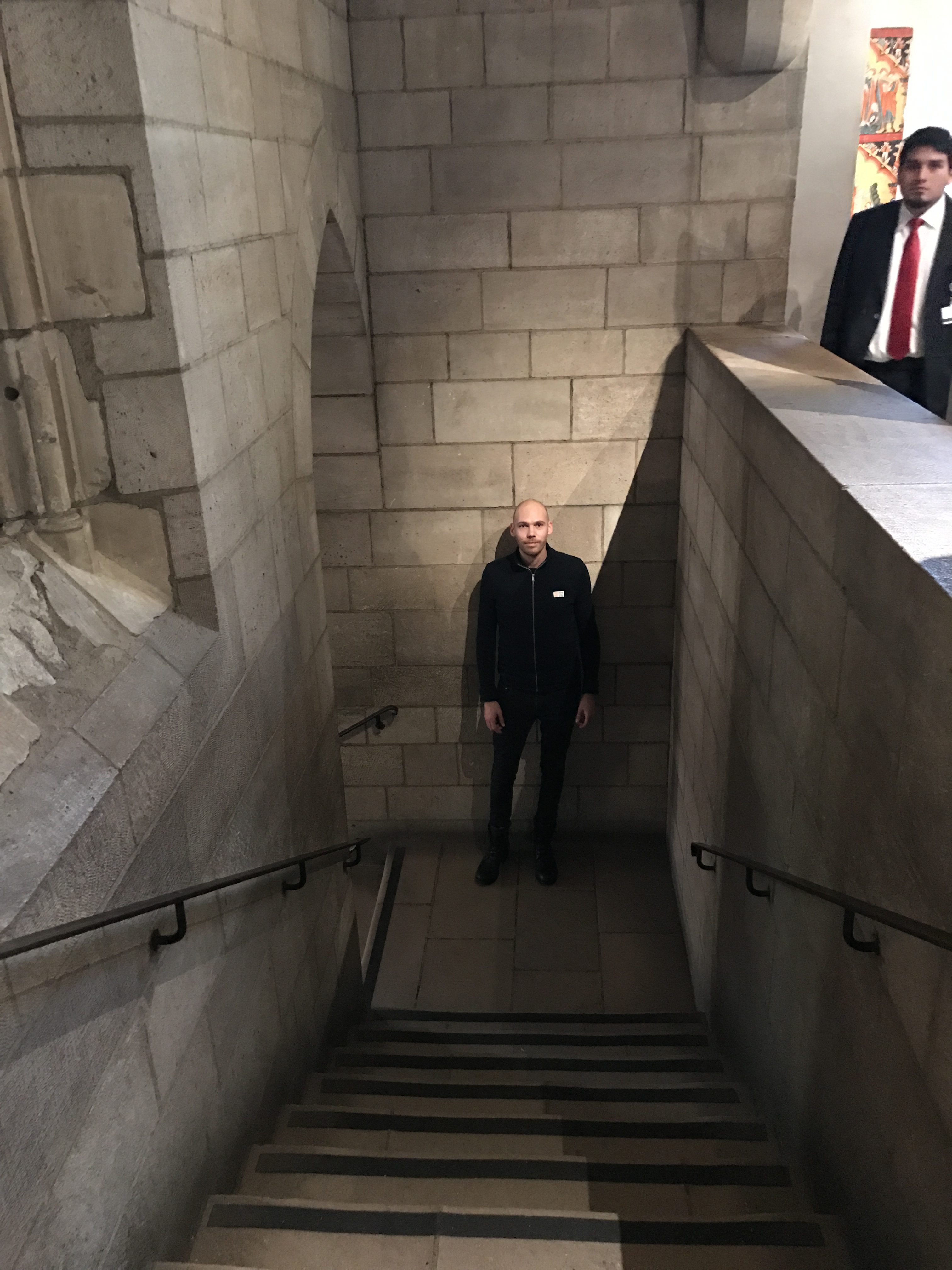 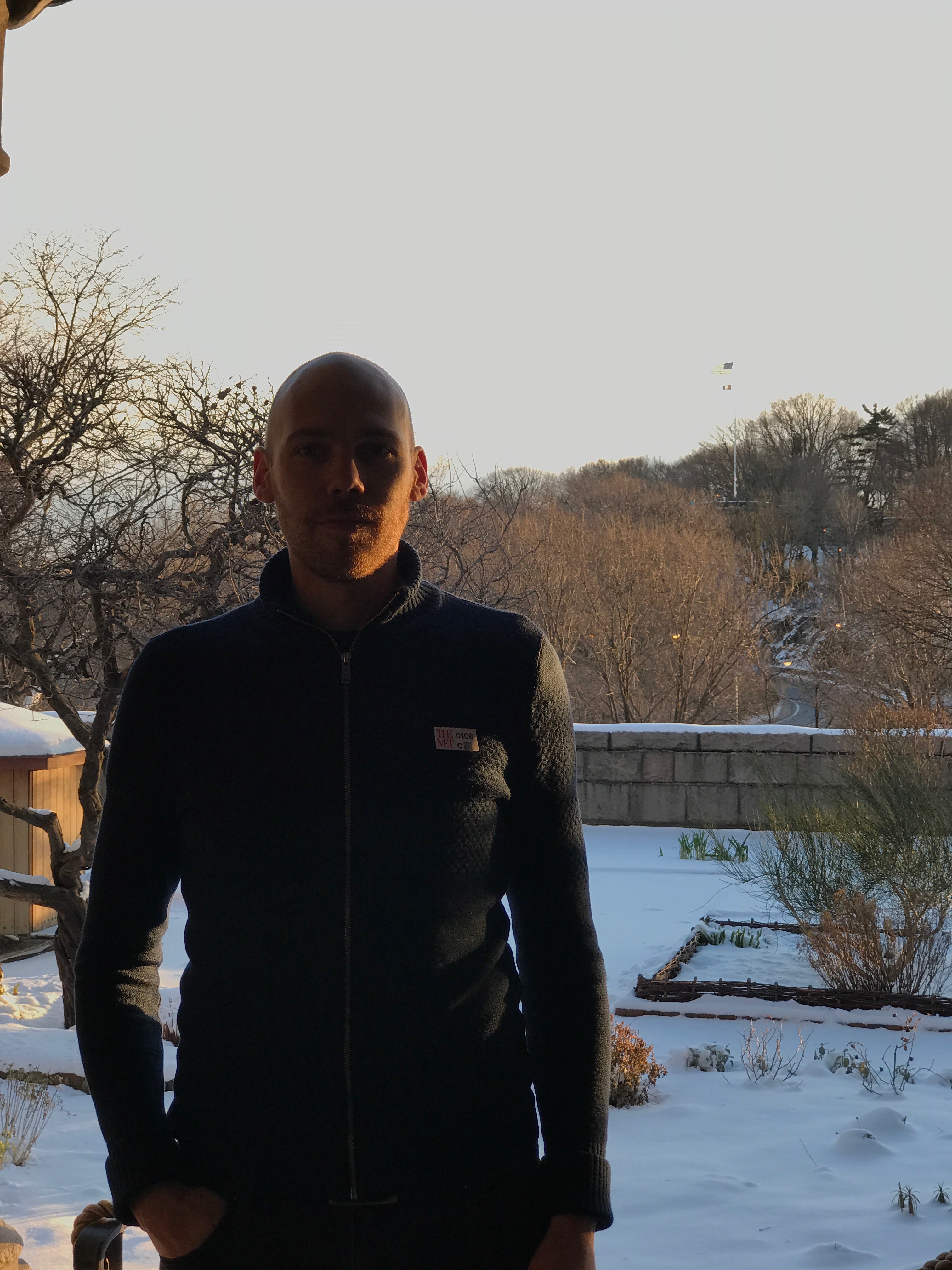 At this point I changed course because I became increasingly interested in the clear distinction between the movements of our group and the movements of the other tourists.
Our group was quiet and focused, moving through structured tasks and repetitive motions. There was subtle interaction going on. Ieke’s lines where being exchanged, and movements where being copied by other performers. With our performances we had all somehow adhered to the nature of these spaces, moving past the fact that it was a museum. Modernising this space by our repurposing it as a place for performance seemed to fit, so I focussed on this collective movement.

Before we started I had also gotten a line from Ieke, written on a small piece of paper. I wanted to incorporate this in my movements and so I repeated this sentence in my head whilst rolling the piece of paper between my fingers. As the paper disintegrated, this sentence became fixed in my mind until finally I stopped when the paper was gone and the sentence internalised.