The Cloisters are constructed to look like an original mediaeval clerical building. The configuration of architectural elements suggests a unity, a historic coherence, but these elements originate from very different locations and from very different historic settings. For the construction of the Cloisters, parts of at least four different buildings in France and Spain were combined. The historic accuracy seems to be less important than the historic ‘atmosphere’ it evokes.

Do the curators and visitors recognise this museum as a part of their own past, or does it merely present the existence of the other, a more anthropologist point of view? Two days earlier I visited the American Museum of Natural History and I was fascinated by the presentation of natural scenes in the beautiful dioramas. Does art and architecture in the Cloisters play the same role as nature does in these dioramas, something you are intrigued by, but you will never experience to be actually part of? In its cold and sober qualities, the original Cistercian monasteries in France evoke an experience of modesty and spirituality. The Cloisters try hard to do the same but remain a spectacle.
I prefer to look at the museum not so much to study the Middle Ages, but to understand the position of the initiators and to perceive the museum primarily as a creation of American history of the nineteen twenties and -thirties.
I consider myself a descendant of the European culture, a historic relic maybe, as much alienated from this geographic location as the artefacts in the collection.

-Sitting on a bench in the Chapter house I looked up the Rules of Saint Benedictine, the official code of monastic behaviour, and read silently. 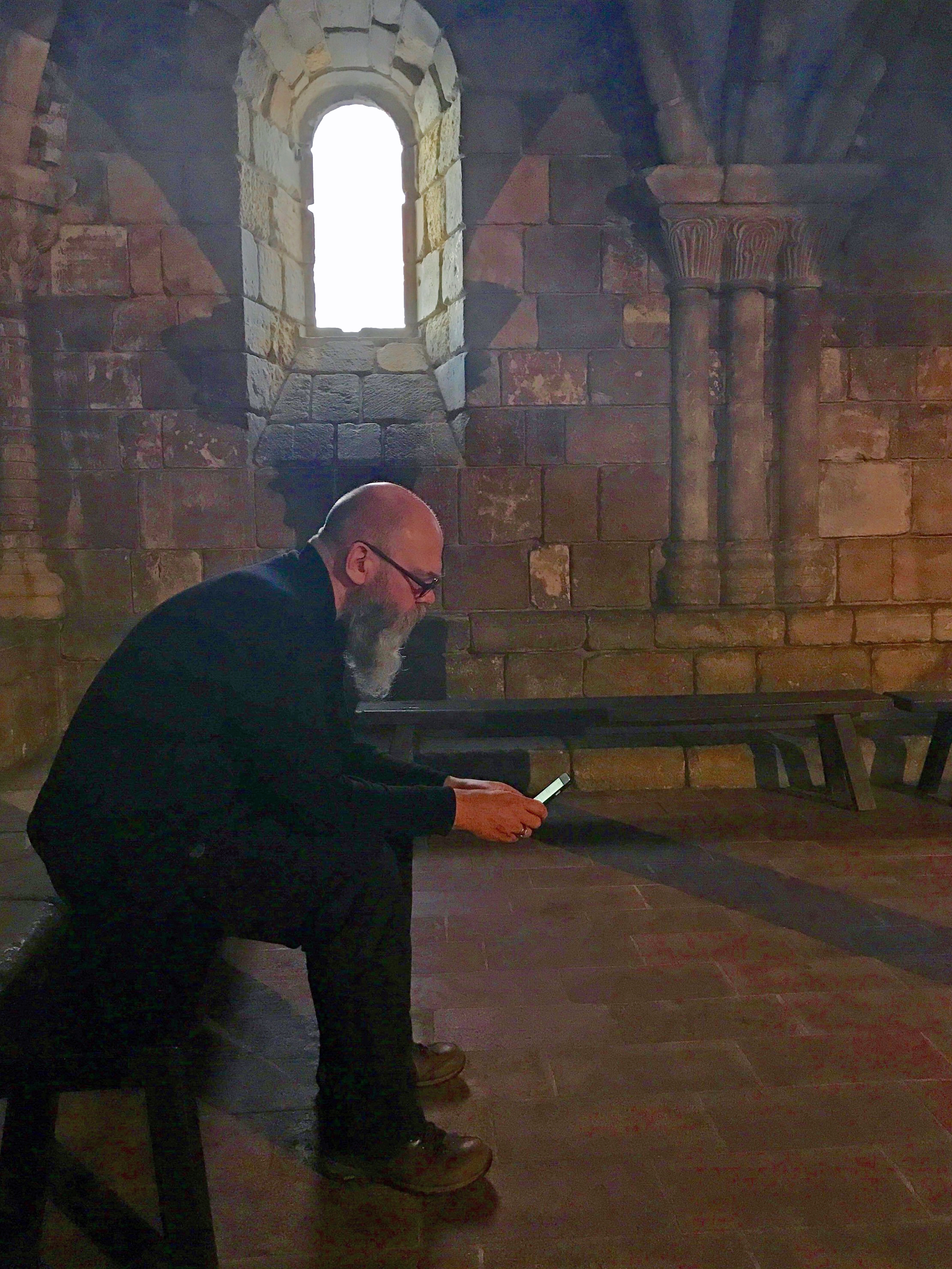 -As I walked through the corridors and rooms I hummed the Credo In Unum Deum as I remembered it from my childhood. Some passers-by will, even unconsciously, have recognised the Gregorian melody and will in their considerations temporarily be tilted to a more spiritual level.

The Chapter House had been part of the abbey of Ponteau, a Benedictine monastery, and the last centuries been functioning as a farmers stable till it was sold and transported to New York in 1932.
-I measured the space by means of steps. I imagined I own the space and I made notes of several possible ways to furnish it as a studio: were to put my desk, my chairs and my video-screen. I checked the possibilities in relation to the available (camouflaged) outlets. 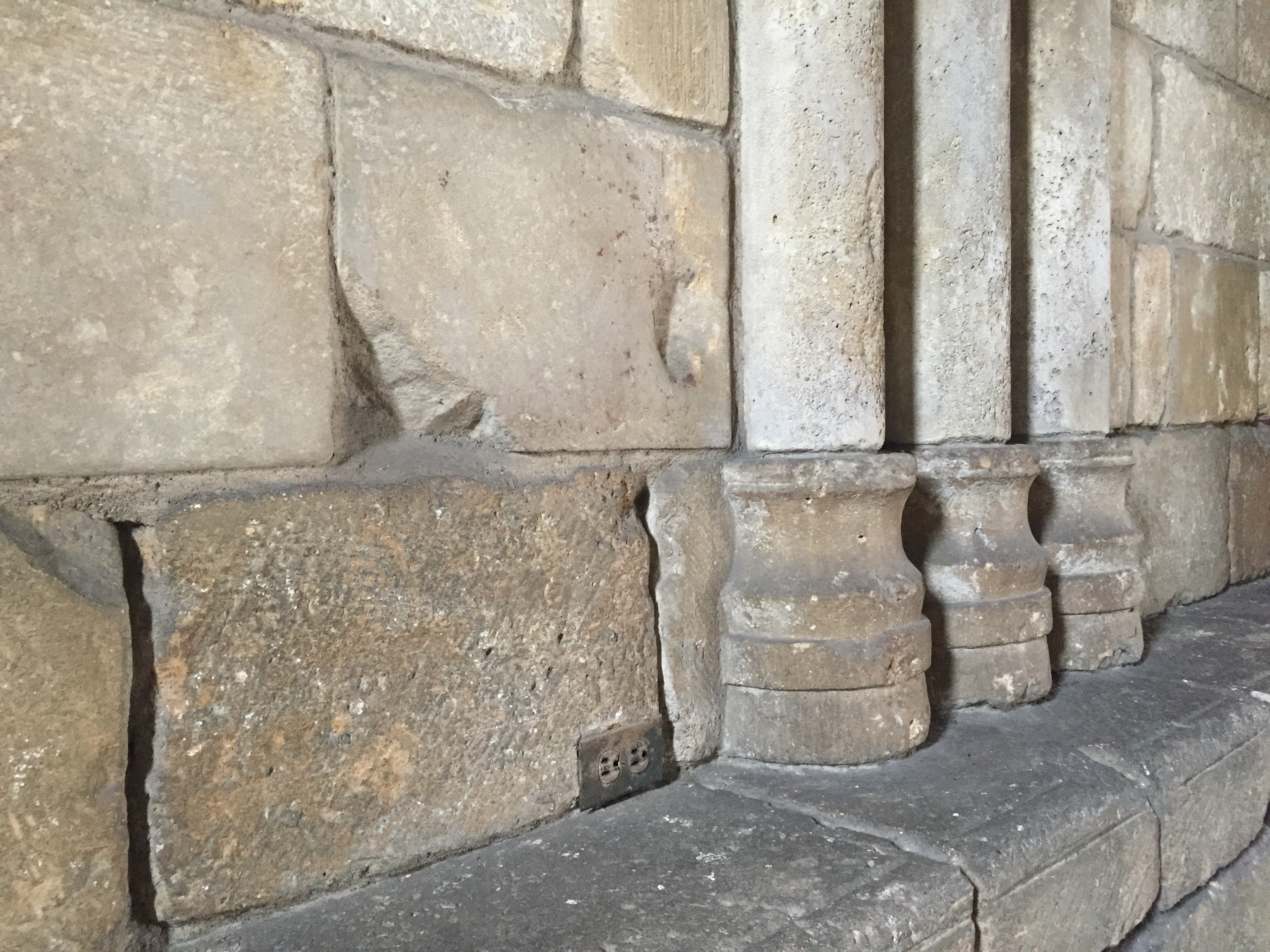 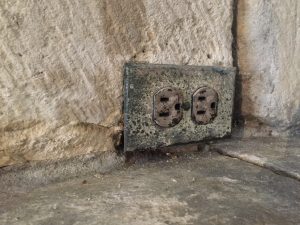 -The arches around the Cuxa cloister have glass windows. The contrast in temperature and moisture between in- and outside covers the glass with condensation. Walking around the Cuxa cloister I made small drawings with my fingers on the surface, I followed the lines and arches I could distinguish looking through. After every drawing I waited and watched some seconds for the water to drip down. Again and again I walked round the cloister to make new drawings and found that other people were copying mine. More drawings appeared and disappeared again under new layers of condensation. Inhaling and exhaling. 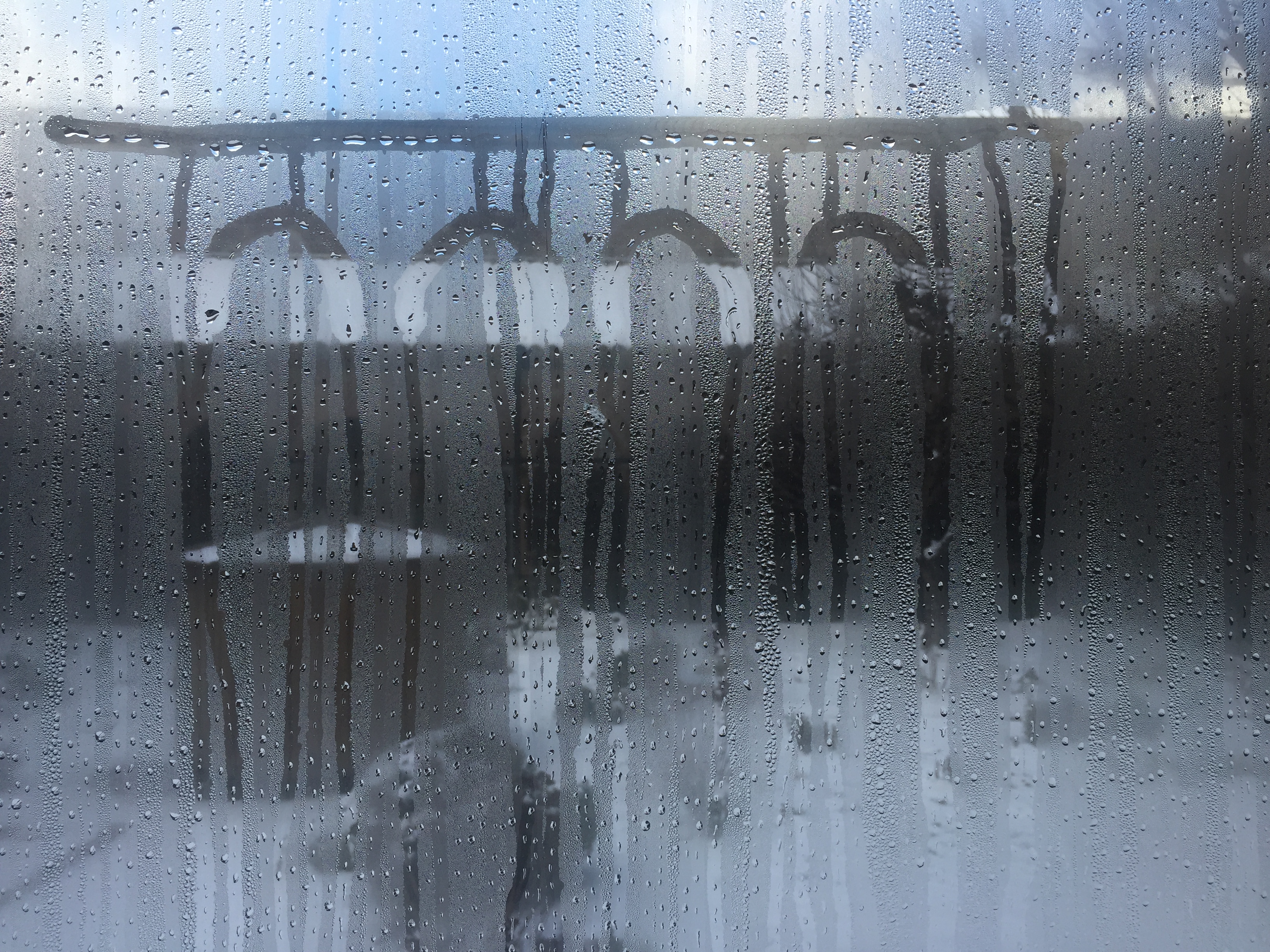 -At the end of the morning, all of us were silently waiting for our lunch appointment. We were sitting on benches in the corridors and in the chapter house. Nobody said a word, everyone lost in his own thoughts. There was an atmosphere of collective concentration, a reality this building was trying so hard to rediscover.
After lunch we tried to evoke this special moment again, sitting on the benches for another fifteen minutes.
It did not work at all, it had lost its authentic quality.