#9: A Stage Set For Secrets

The former Stasi headquarters is now a museum. The highest seat in a system of oppression en secrecy became a place that openly informs on it’s own painful history. It is a place that turned on its axis. From secretly gathering input to openly sharing output.
This was the setting for our group of performers who made their works unbeknownst to anyone else. An opposing move, where the performances are internal processes. Output as a means to gather input. Acting as a means of observing.

Walking around in the museum this contrast between our movements and the intentions of the museum where very clear. This place with its history entices a sense of paranoia. You cannot believe you are not being watched. Yet guards did not walk through the rooms to check that nothing was touched. There where no cameras (to be seen?). But the feeling is still there. The mystery of this place lies in that it tries to get rid of all the mystery.

So I started by disguising myself as an undercover guard. I had no name tag, no uniform, but I carried around a newspaper. No visitor carries a newspaper around in a museum. You would only do so if you are not there for the exhibition. As I was walking though the rooms observing people, they noticed me looking at them but of course asked no questions. They where just aware of me there.
At the same time I wanted to have something to guard Something to hide. I wasn’t just watching the visitors of the museum – they where also watching me. So I cut eyeholes in my newspaper that I had to cover with my body when people looked at me. At moments when I was sure nobody was looking at me I took pictures of the spaces through the eyeholes in the paper. 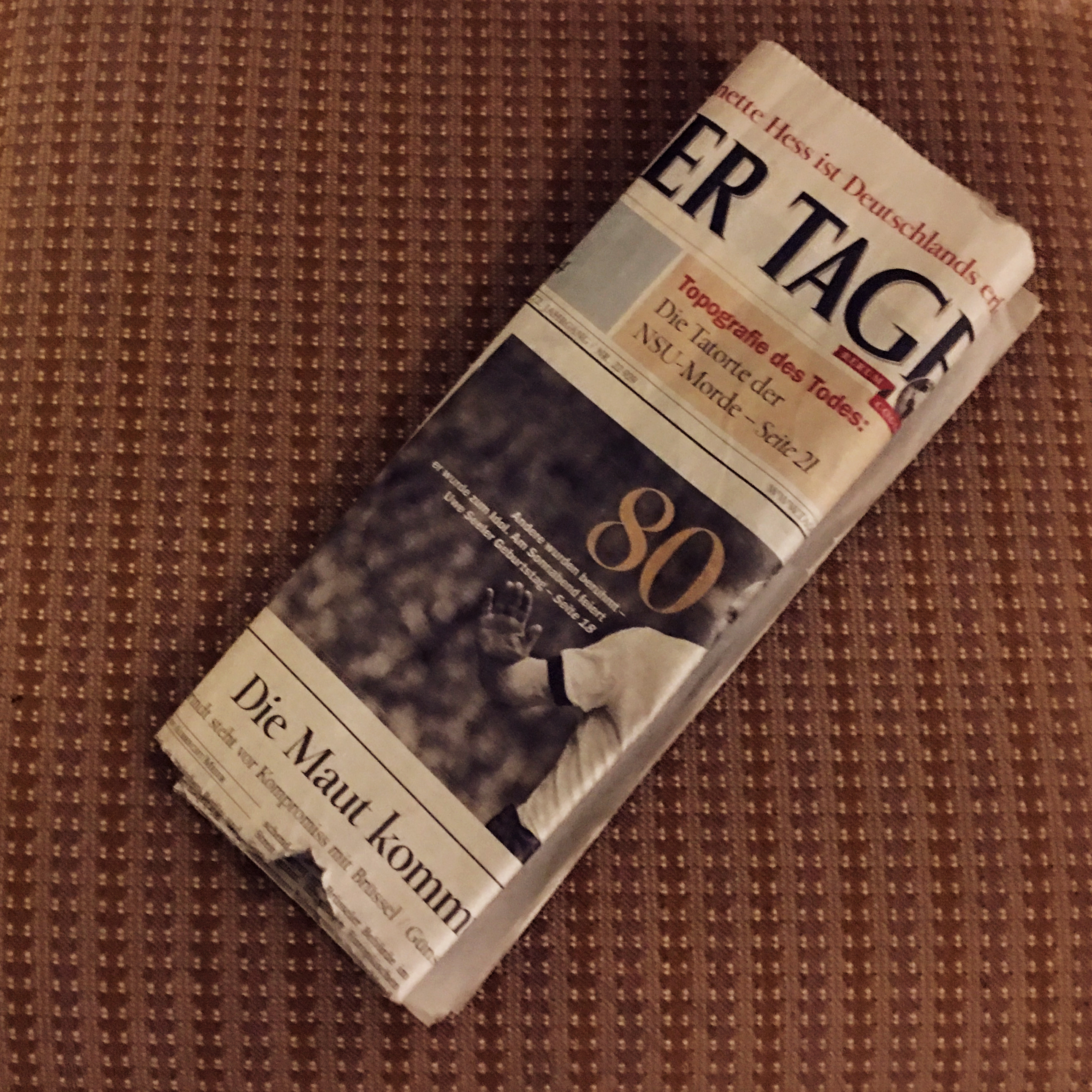 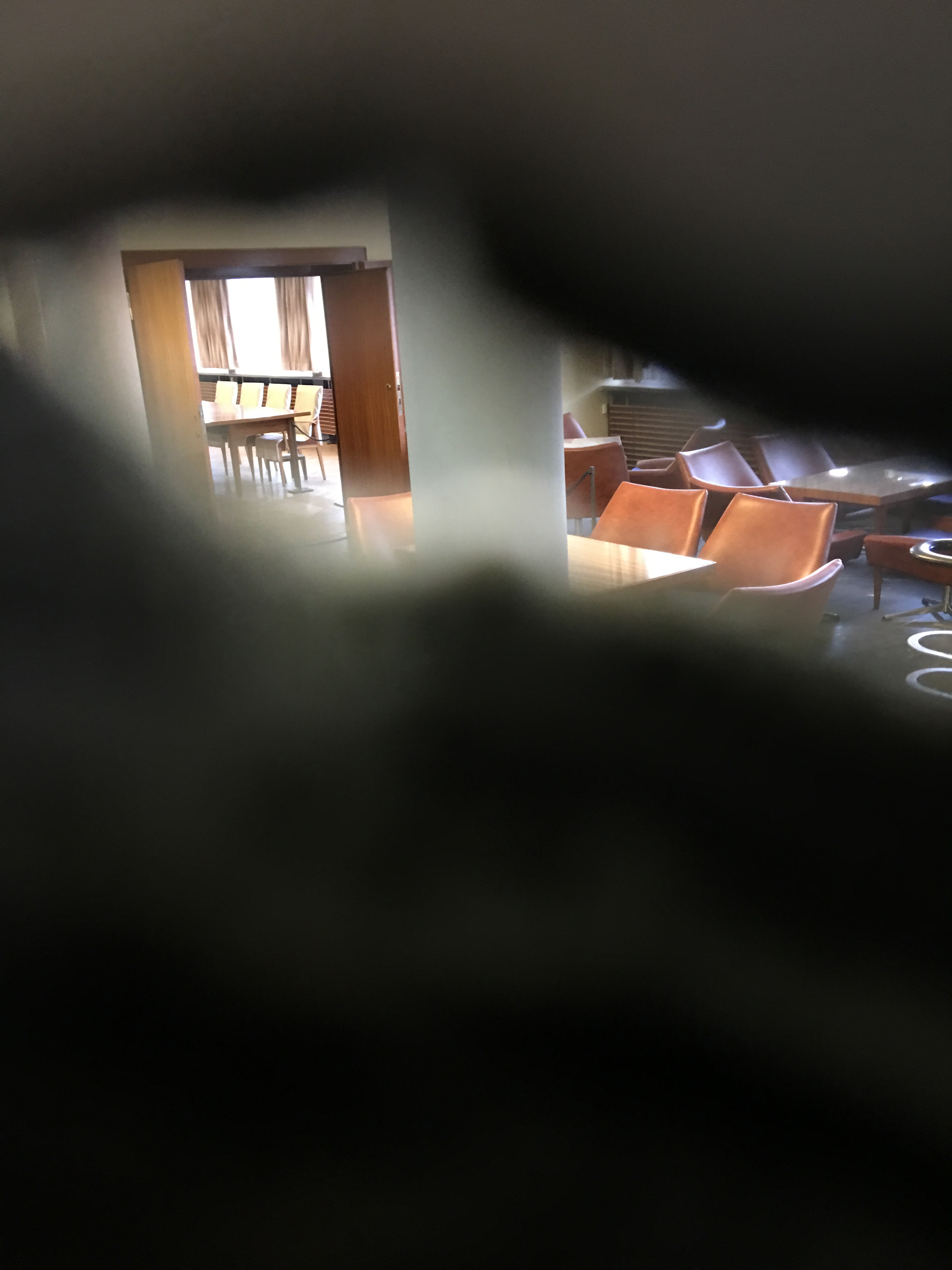 Then I went to the bathroom and locked myself in a stall. On my phone I tuned in to Russian talk radio that I played on low volume. Every time people entered the bathroom there was a moment of silence – of listening. I imagine people asked themselves if this was still part of the exhibition. If the Stasi museum had a flair for the theatrical. This moment of hesitation that feeds the fantasy.

For a last performance I decided to try and communicate a message. I looked up the words ‘hello’, ‘help’ and ‘stop’ in morse code. Then I repeatedly signaled one of these words to one of the visitors by chewing loudly on my gum. The result was of course unclear. The rhythm in the repetition was very distinctive, and the signal could have potentialy been understood, but it was overshadowed by its annoying form. It is very hard to communicate with people when they are actively trying to get away from you.