#8: From performers to conspirators

It was a strange feeling.
A long time ago it was my profession to explain the museum’s programmed exhibitions, I was managing the so called Dynamic Lectures and I studied the content and the installation of each one.
Now the whole museum, including visitors and staff, were part of our strategies.

That’s how it all begun: Frans, Nico, Elia, Joana and I met at the museum early in the morning. Frans explained the project. First of all, we were going to visit the spaces, all exhibitions, and later, at lunch time, we had to put forward our ideas of how to participate and which actions we wanted to carry out regarding the contents, the objects and the exhibition room itinerary. Of course anonymity was required. We had to perform our actions unnoticed, to try to remain invisible. 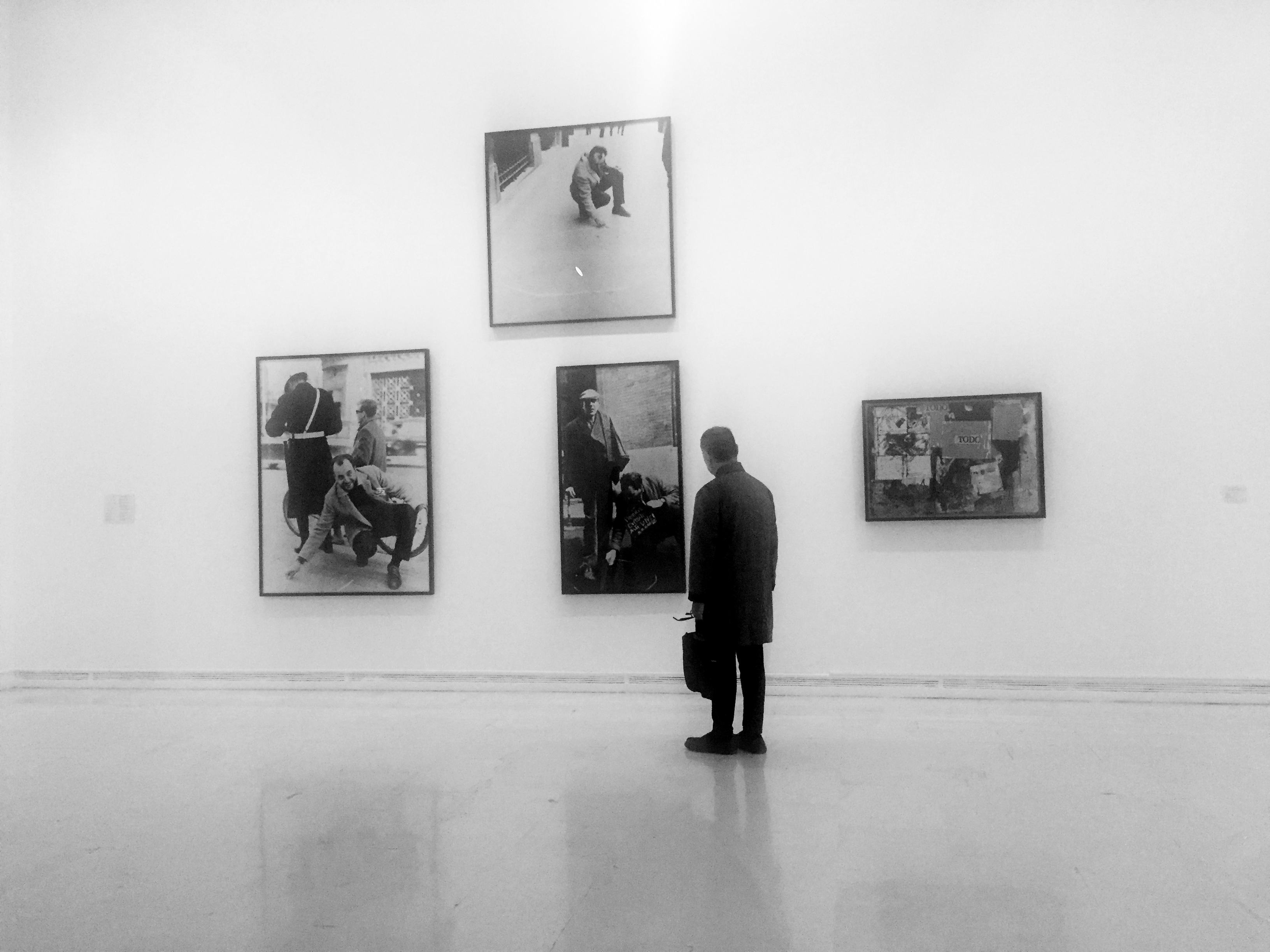 As soon as I started walking through the galleries, my mood changed and I felt an intense concentration… Suddenly I was performing. In one room I was walking like a penguin, slowly with short steps. Another time I moved like a billiard ball, in straight lines, changed directions as soon as I bumped into a wall or an installed object.
I looked like a strange visitor, an old man with an eccentric walk and an extravagant outfit.
Anyway, I tried to be invisible to everybody

I noticed a woman standing next to me, and I spontaneously started to walk like her, making the same movements and building an unusual choreography…

It was a strange feeling. I already changed my behaviour, the museum was a magic cage where everything had a soul to dance with.  People, spaces, and objects, composed a beautiful scene in which I ran around excitedly. It was intense.
I imagined all of us walking together or watching the exhibition with same movements.

Later we met again. We talked about our proposals and we performed all of them.  We performed a concert with different noises, we also performed a  bench choreography and finally we were looking for secret words: each one of us, should look for the others and steal their secret words.

As soon as I started doing it, I realised I wasn’t a performer: I walked, kept out of sight,  I avoided other’s glances,
I avoided security guards and I behaved like a spy, I behaved like a conspirator.
The whole day we were museum’s conspirators and we all tried to be invisible.